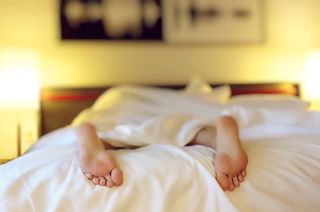 From a purely psychological perspective, the notion of “springing forward” sounds more appealing than “falling back.” And while debate continues to rage about the manmade construct of Daylight Saving Time (DST)—as well as its origins and intentions—I for one enjoy a little more daylight at the end of day, despite the fact that many a school child awaits the bus in darkness (I’m at the gym anyway).

Hypotheses about the efficacy of DST include everything from giving farmers additional time to harvest and market their crops to saving candles and later, energy.

Those arguing against DST generally start with the lost hour of sleep and devolve into deeper manifestations of a delayed dawn. In last week’s Bloomberg News story “Proof Daylight Saving Time Is Dumb, Dangerous and Costly,” Ben Steverman writes, “The suffering of the spring time change begins with the loss of an hour of sleep. That might not seem like a big deal, but researchers have found it can be dangerous to mess with sleep schedules. Car accidents, strokes, and heart attacks spike in the days after the March time change. It turns out that judges, sleep deprived by daylight saving, impose harsher sentences.”

The economic impacts also seem to run the gamut, from theater chains positing people don’t like to go to the movies in the light to golf courses offering “Happy Hour Scrambles” post workday.

Conspiracy theories come and go, as have laws governing our clocks. Around and around they tick.

According to “The Evolution of Sleep” by Sarah Begley, a review of Benjamin Reiss’ new book, Wild Nights: How Taming Sleep Created Our Restless World, “Until the Industrial Revolution, sleep was social, with family and even strangers sharing beds. People slept in installments throughout the day and night instead of in one straight shot, and sleep schedules varied with the seasons according to light and temperature. Parents sometimes eschewed comfortable mattresses for stiff ones, so their children would be able to adjust to sleep in new places when traveling. It was only with the rise of factory jobs that workers strictly reserved a portion of the nighttime for sleep—leading to the regimented schedule we now observe.”

These regimented schedules have become firmly entrenched and, according to experts, we tinker with them at our own risk.

In her February 2017 TIME magazine article “The Sleep Cure: The Fountain of Youth May Be Closer Than You Ever Thought,” Alice Park cites “evidence” tying good rest to good health and longer lives. She says, “Scientists are learning that shortchanging sleep can compromise nearly every major body system, from the brain to the heart to the immune system, making our inability—or unwillingness—to sleep enough one of the unhealthiest things we can do. Studies of people whose sleep sessions are irregular or short show they are at higher risk of developing diseases that can lead to early death, including heart disease, diabetes, high blood pressure and obesity. Poor sleep may have detrimental effects on the brain as well, increasing the risk of dementia, including Alzheimer’s disease, as well as mood disorders like depression, posttraumatic stress disorder (PTSD) and anxiety. And like smoking, a terrible diet and not exercising enough, poor sleep is now linked to an overall increased risk of premature death.”

But why else is sleep so important?

According to the National Sleep Foundation (NSF), “We tend to think of sleep as a time when the mind and body shut down. But this is not the case; sleep is an active period in which a lot of important processing, restoration, and strengthening occurs…One of the vital roles of sleep is to help us solidify and consolidate memories.”

In his February 2017 New York Times article “The Purpose of Sleep? To Forget, Scientists Say,” Carl Zimmer writes, “Over the years, scientists have come up with a lot of ideas about why we sleep. Some have argued that it’s a way to save energy. Others have suggested that slumber provides an opportunity to clear away the brain’s cellular waste. Still others have proposed that sleep simply forces animals to lie still, letting them hide from predators. A pair of papers published on Thursday in the journal Science offer evidence for another notion: We sleep to forget some of the things we learn each day.”

Regardless, that’s the scientific frame. From a behavioral health point of view, the news is also not good.

In my February 2016 Psychology Today column “Let the Kids Sleep—School, Sports, Sleep and the Survival of the Fittest,” I wrote, “It is not news that along with the better-known physical and biological manifestations of puberty come not so subtle switches in moods and emotions. Related, and more to the point, sleep cycles also change, making young people more nocturnal. What may be news is data linking drowsy teenagers to dangerous driving.”

Indeed, according to a study I cited in “Tired Eyes” for kidsinthehouse.com, more than half of young people (52 percent) self-report that they get less than six hours of sleep on weeknights. I went on to report that the National Sleep Foundation cites another study that found only 15 percent of teens reported sleeping 8.5 hours a night during the week.

The result? Almost three quarters of high school drivers (70 percent) report operating a motor vehicle “while tired” and more than half saying they have either fallen asleep or almost done so while driving.

What does NSF suggest with regard to sleep requirements of teens? Eight to ten hours a night. The kids themselves are likely to say they need more.

But, erratic driving by sleepy students isn’t the only danger plaguing exhausted adolescents.

They, much like their older—and perhaps younger—counterparts, are susceptible to mood disorders, including depression. To wit, in his 2016 Wall Street Journal article “Solutions for Stressed-Out High-School Students,” Nikhil Goyal cites data from the University of Minnesota showing that young people attending schools with later start times experience lower rates of depression and substance use.

So, what’s the roadblock? There are actually many, including entrenched teacher and transportation contracts and parent work schedules.

And what about college students? In his 2017 SXSW Conference & Festival presentation “Behind Happy Faces,” author Ross Szabo told us that they’re only getting 4-6 hours of sleep a night. As juxtaposition, Szabo offered, “Neuroscientists have found that the way to break people is not to not allow them to sleep at all but to only sleep 3-5 hours a day.”

You can draw your own conclusions.

While most experts say youth cannot “make up” for lost sleep during the weekends, a recent Boston Globe article points to scientific evidence that doing something as simple as camping may help. It offers, “‘After a weekend of camping, our clocks are timed perfectly in synch with the sunrise and sunset,’ says study senior author Kenneth Wright, a sleep researcher at the University of Colorado Boulder. Resetting one’s sleep clock could not only make Monday mornings easier, but could help prevent the negative health affects (sic) associated with late bedtimes, such as increased sleepiness, worse driving and school performance, and heightened risk of diabetes, obesity, and substance abuse.

“The study also found, for the first time, that humans are sensitive to seasonal changes in the light-dark cycle just like other animals: In the absence of electrical light, we go to bed earlier on short winter days and stay up later on long summer evenings.”