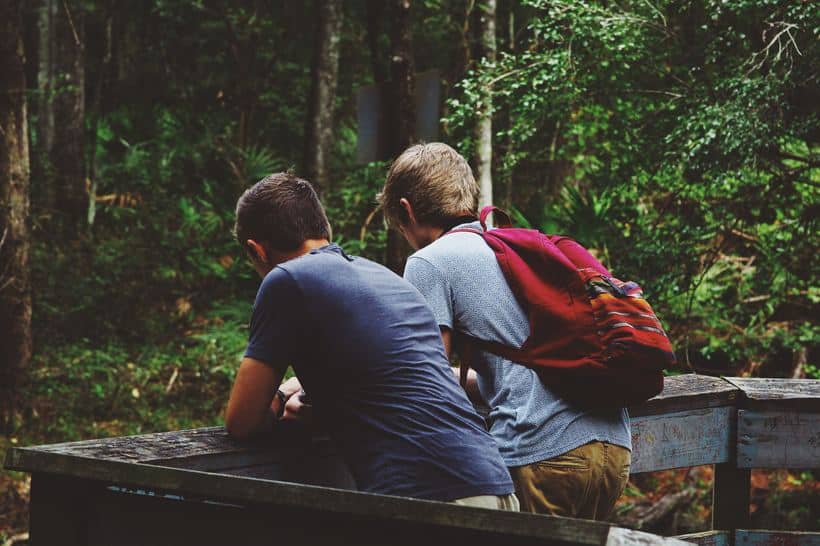 October marks the 12th annual National Bullying Prevention Month … and it hasn’t come a minute too soon. Citing data from the National Center for Educational Statistics, PACER Center, which began this movement, says that 20.8% of students – more than one out of every five – report being bullied.

The results can be devastating. PACER cites common outcomes, such as increased anxiety, loss of self-esteem and depression. And the carnage doesn’t end there.

As do others, PACER’s National Bullying Prevention Center pushes back on the notion that such behavior is simply a childhood “rite of passage,” creating awareness and stressing important steps we can take to keep our kids safe and feeling good.

Effective bullying prevention efforts map the “it takes a village” approach that involves entire communities, including parents, teachers, students and other keys stakeholders.

PACER says, “Involving community members such as law enforcement officials, faith organizations, community action groups, and others allows school officials and parents to address the bigger issues of disrespect, bias, and violence that can contribute to bullying issues in schools. A community-wide effort shows students that adults care what happens to them and that they are not alone.”

Perhaps surprisingly, the Center also reports that there have been “inconsistent findings”attached to both peer mediation and zero-tolerance methods to combat bullying. Instead, they advise focusing on prevention, early intervention and the teaching/modeling of social skills.

Similarly, the Centers for Disease Control and Prevention (CDC) advocates stopping bullying before it begins. Their recommendations follow.

Of course, teaching kids the behaviors we want to see is an additional cornerstone of prevention.

Yet, as I pointed out in my kidsinthehouse.com piece “Mean Kids,” too often, despite an arsenal of curricula designed to address bullying in all of its unsavory forms, we fail to take the time to teach children the attitudes and behaviors that represent the antithesis of bullying. Helping young people acquire “friendship skills” is not only an important part of socialization and character development but also quite possibly a deterrent to bullying behavior.

And it’s never too early to start.

A nonprofit organization, Characters of Character, providing tools and resources to educators and parents advocates teaching children nine positive character traits, including friendship, manners, respect, responsibility and kindness. They believe that helping boys and girls focus on such important constructs at a young age will improve society for everyone.

While we are busy doing these things, it is critical that we also serve as role models whose lead our children can follow. And, here, our record is not so good.

Tammy Simpson, the mother of Brandon Bitner, a 14-year-old who died by suicide after enduring years of bullying by classmates, warns that parents are particularly influential in promoting bullying behavior by youth when they themselves engage in gossip and backstabbing in front of their children.

A 2012 US News & World Report article, “Parents May Be Teaching Teens to Be Bullies,” highlighted the case of a Wisconsin news anchor, Jennifer Livingston, who was called “fat” by a viewer. Livingston is quoted as saying, “If you are at home and you’re talking about the fat news anchor, guess what, your children are probably going to go to school and call someone fat.”

Psychologist and national bullying expert Joel Haber, Ph.D., told Liberty Mutual Insurance’s The Responsibility Project, “Bullying is about exclusion, and parents often are unaware that they model this behavior when they gossip about other adults. We may openly talk about excluding people we know, in front of our kids. When we do this, we’re demonstrating that treating others in duplicitous ways is acceptable; we’re giving them approval for behavior that they’re going to test out. Kids follow our behavior more than listen to our words.”

For example, “authoritarian” parents may rule the roost with fear and intimidation, laying the groundwork for kids to transfer what they live to what they do, and that’s not only in the classroom or on the playground.

Thus, the path to prevention begins early and extends through the daunting years of middle and high school, on into adulthood when even those who have bullied or been bullied can take a new approach to replacing mean kids with nice ones.