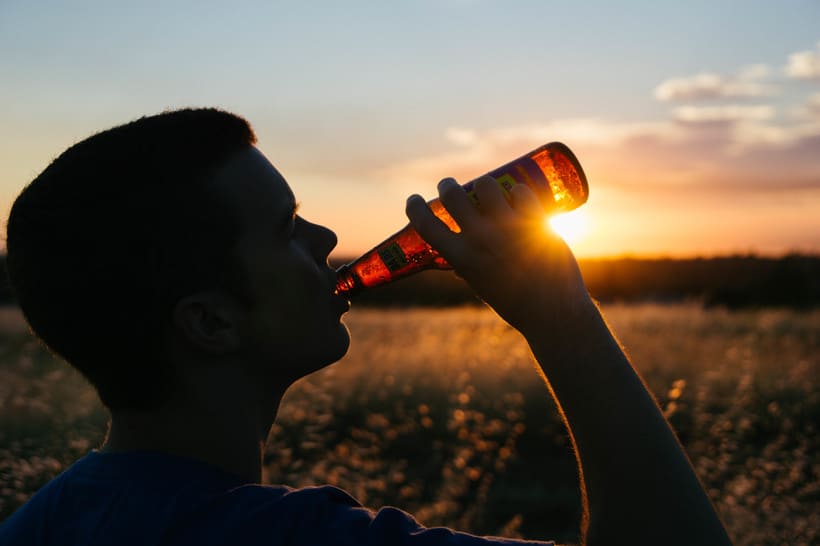 The parents of “John” waited to speak with me after my recent presentation at a private, independent school in New England. They appeared anxious, even scared, sharing their son’s response to admonishment over his alcohol use: “Everyone … really, everyone, does it!”

But in high school, as in life, things are not always what they appear to be.

Even long-held beliefs, such as the Titanic’s sinking because of an iceberg, have been questioned, so why not youth alcohol use?

In fact, good news can be found in the 2016 Monitoring the Future Survey: High School and Youth Trends. It states, “Alcohol use and binge drinking continued to decline among all grades [studied] and for nearly all time period measures.”

Don’t get me wrong. The fact that almost a third of 8th graders and more than half of 12th graders report the illicit use of alcohol is, um, problematic. (More on that later.)

So, why John’s assertion to the contrary? According to social norming theory, misperceptions of the behavior of peers (in this case teens using alcohol) make it more likely that other youth will follow suit. Thus, it follows that “campaigns” to correct the record may be effective in convincing young people that there exists a credible – robust – peer group that is socializing without breaking the law – let alone the trust of their parents and other caring adults in their lives.

After all, if 61.2 percent of high school seniors are drinking, that means 38.8 are not!

As I stated in my 2014 Psychology Today column “Cool Kids,” “While some may pine to be this, that or the other thing, it’s really that desire to be like everyone else that drives the social juggernaut of adolescence. But behind the façade of the stereotypical cliques crowding the high school hallways are much more nuanced notions of what it means to be cool, or at least popular. There are also longer-term ramifications of teenage social status that may be missed or simply misunderstood by adults and young people alike.”

What might those long-term outcomes be? According to research from the University of Virginia, “cool kids” are just as likely to be bullied as other kids and may be more likely to engage in risky behavior, such as underage drinking. It also presciently points out that these young risk-takers may actually accelerate their behaviors in order to maintain their status in the peer group and suffer ongoing consequences in their adult lives.

Similarly, Mitch Prinstein at the University of North Carolina Chapel Hill, who studies peer influence and adolescent health risk behaviors, disputes the “cool kid” estimates, pointing to the fact that peer perception is the number-one predictor of drug use, delinquency and unsafe sex.

Subscribe to The Morning Email
Wake up to the day’s most important news.

Of his research, Prinstein offers, “We started by asking adolescents in a typical public high school to tell us all about the different groups in their school. If you’ve ever seen The Breakfast Club, you know exactly what I mean. We found out which kids were the Jocks, the Populars, the Brains, and the Burnouts. Then we asked all of these kids to tell us how much they really did engage in a wide variety of risky behaviors. When we asked teenagers how much the[y] though[t] the Jocks and Populars drank alcohol, smoked pot, or had sex, their estimations were sky high. But it was all a misperception. Jocks actually had no more sex than the Brains. And their substance use wasn’t that much different either. Why does that matter? Because when we followed these kids over the next two years, we learned that the more teens thought that the Populars used substances the most likely they were to increase their own substance use over time.”

The Centers for Disease Control and Prevention (CDC) states, “Alcohol is the most commonly used and abused drug among youth in the United States.”

The CDC goes on to cite possible consequences for youth choosing to use alcohol, saying that “they are more likely to experience” the following.

So, what options do parents like John’s have (other than correcting incorrect “norms”)?

I discuss the efficacy of each approach in my book Reality Gap: Alcohol, Drugs and Sex – What Parents Don’t Know and Teens Aren’t Telling.

On the third point, last month Jeremy Hon wrote of a compelling case in point of what he refers to as the “X Plan” in an articled titled “Dad Lets Son Stay at a Sleepover, That Night He Gets a Text With Just One Letter.”

It’s worth a read, and a reality check.