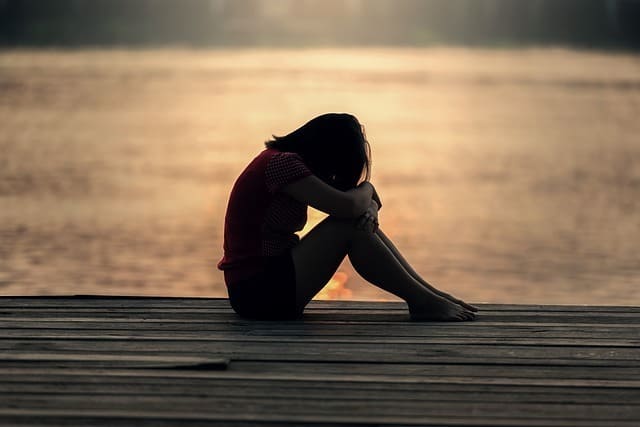 As the saying goes, it’s easy to be a “Monday morning quarterback.” Thus, I begin this piece with a shout out to Netflix and the producers of “13 Reasons Why,” a series that tackles the epidemic and tragedy that is youth suicide. If nothing else, it has sparked a spirited national conversation that is, frankly, long overdue.

But more on that later.

It is necessary to infuse that conversation – at the front end – with the facts.

Just over a year ago, the National Center for Health Statistics at the Centers for Disease Control and Prevention reported that the suicide rate in the United States had “surged” to a near 30-year high. In total, more than 40,000 people died by suicide in 2014 as compared to about 30,000 in 1999. Of particular alarm was the notation that suicides among girls ages 10-14 years old tripled during the same time period.

The January 28, 2017, on-campus death by suicide of a twelfth-grade prefect at a private boarding school in Connecticut led to the publication of “Falling to Pieces,” in which I discussed the results of a young person’s choice to end his life. What are they? Grief, anger … and a lot of questions for those left behind, including, “What could I have done?”

John Calicchio, a senior at that independent school and a friend of the prefect, called the action “selfish” and told me, “It was one of the worst experiences of my life, and it took a couple of days to really sink in. But once it became a reality, I was miserable. Everyone on campus was affected some way or another. I kept asking myself, ‘Why did he do it? And was there was anything I could have done to prevent it?’ My friend should not have left us this way. He had so much more life to live. I can’t begin to imagine what he was going through during those dark times. Honestly, I have a lot of regrets.”

So too, apparently, does Netflix, which released a statement saying, in part, “While many of our members found the show to be a valuable driver for starting important conversation with their families, we have also heard concern from those who feel the series should carry additional advisories … Currently the episodes that carry graphic content are identified as such and the series overall carries a TV-MA rating. Moving forward, we will add an additional viewer warning card before the episode as an extra precaution for those about to start the series.”

According to an Associated Press story published by The Washington Post, the depiction of a young girl (“Hannah”) and her suicide-by-razor in a bathtub may send the wrong message: “That stomach-turning scene has triggered criticism that it romanticizes suicide and prompted many schools across the country to send warning letters to parents and guardians.”

One such letter was authored by Lisa Brady, the superintendent of schools in Dobbs Ferry, New York, just north of New York City. In an email to parents, she wrote, “We are concerned about our children watching this series without adult supervision because it romanticizes and sensationalizes the idea of suicide,” as reported by The New York Times.

Victor Schwartz, M.D., a psychiatrist and chief medical officer at The Jed Foundation, a collaborator at the Center for Adolescent Research and Education (CARE), explained to the Times, “It’s complicated, because they got a lot of important issues out on the table.” But Schwartz said he was concerned that “one long revenge story” would likely result in imitation suicides.

To that point, the superintendent of the School District of Palm Beach County in Florida, Robert Avossa, told the Times that “his employees have seen an uptick in self-mutilation and threats of suicide among elementary and middle school students since the show began.”

For its part, the National Association of School Psychologists (NASP), also a collaborator at CARE, warns, “We do not recommend that vulnerable youth, especially those who have had any degree of suicidal ideation, watch this series. Its powerful storytelling may lead impressionable viewers to romanticize the choices made by the characters and/or develop revenge fantasies. They may easily identify with the experiences portrayed and recognize both the intentional and unintentional effects on the central character. Unfortunately, adult characters in the show, including the second school counselor who inadequately addresses Hannah’s pleas for help, do not inspire a sense of trust or ability to help.”

Scott Poland, Ed.D., a former president at NASP, senior research fellow at CARE and professor in the College of Psychology at Nova Southeastern University in Fort Lauderdale, Florida, told me, “The program misses the point that suicide is the result of untreated or undertreated mental illness and implies that suicide is a natural outcome of being bullied. Thankfully, the vast majority of bullying victims do not attempt or die by suicide. No studies have shown bullying caused a suicide, only that there can be an association. Adults in the program are portrayed as clueless, when we know that going to adults for help is very preventative. I am concerned about the effects of binge watching. And while in theory having parents watch the program with teens is a good idea, my worry is that few have the time to watch the entire program with their child.”

For those who do, The Jed Foundation, in concert with Suicide Awareness Voices of Education (SAVE), has provided a list of “13 Talking Points for Viewing and Discussing the Netflix Series.”

Perhaps the moral of the story is that while there are many reasons to be wary of a well-intentioned television series, the law of unintended consequences points to some primary reasons for concern.

There you have it – 3 reasons why not.