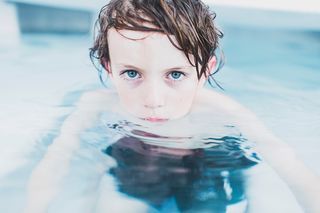 New York Times columnist David Brooks, in his April 18th piece “How to Leave a Mark on People,” points to employment at  a Connecticut summer camp (Incarnation) as an analog for what University of Virginia researchers James Davidson Hunter and Ryan Olson refer to as “thick” (vs. “thin”) moral frameworks or cultures (IASC, 2017).

According to Brooks, “A thick institution becomes part of a person’s identity and engages the whole person: head, hands, heart and soul. So thick institutions have a physical location, often cramped, where members meet face to face on a regular basis, like a dinner table or a packed gym or assembly hall … Such institutions have a set of collective rituals—fasting or reciting or standing in formation. They have shared tasks, which often involve members closely watching one another, the way hockey teammates have to observe everybody else on the ice. In such institutions people occasionally sleepovernight in the same retreat center or facility, so that everybody can see each other’s real self, before makeup and after dinner” (Brooks, 2017).

On that last point, Joe Benjamin, a 2016 graduate of the teen leadership program at the Cape Cod Sea Camps (CCSC), told me for a recent TeenLife Media piece, “Living with new and different people for seven weeks is not always easy. It can be cramped, dirty, smelly and downright unpleasant at times. However, there is no better way to get to know people than to live with them” (Wallace, 2017).

Conversely, thin organizations exist along a “horizontal plane” as opposed to a “vertical axis.” People join for mutual gain.

Of course, summer camps are but one example in a sea of thick organizations (including schools, religious organizations, gap year programs, theater groups and sailing expeditions) that offer meaningful opportunities for moral and spiritual growth. But, to me, camps stand out as being particularly thick.

Angela Duckworth, the Christopher H. Browne Distinguished Professor of Psychology at the University of Pennsylvania and founder and scientific director of the Character Lab, whom Brooks quotes, said in a recent Twitter post, “Thick cultures are the crucible of character. What makes a thick culture? Not one thing. Many.”

Admirably, Duckworth and her colleagues have developed a measure (Character Growth Card) to ensure that young people and those who guide them are focused on the right things (i.e., the “many”) (Character Lab, 2017).

Of the above, Alex drills down on one in his article “Lessons from Grit by Angela Duckworth,” published by RocketMBA. He picks nine key themes from her book, Grit: The Power of Passion and Perseverance (Duckworth, 2016).

One may argue that another hallmark of thick organizations is that they are a breeding ground for emotional intelligence, or “EQ.”

Posie Taylor, a senior consultant at The Aloha Foundation, calls emotional intelligence “camp’s secret weapon,” writing, “Observers have found that a set of abilities, collectively called emotional intelligence, has much to do with how children grow and succeed. These skills – self-awareness, self-control, empathy, the ability to wait (delayed gratification), the ability to listen, cooperate, share and work well with others – are actually better predictors of adult success and happiness than traditional IQ scores” (Taylor, 2017).

Taylor continues, “Children away from home with new friends and the new challenges of camp can learn much about themselves, such as their own strengths and abilities. Perhaps the canoe doesn’t head where it should at first, or a cabin-mate is unwilling to be friendly. Away from the familiarity of home and school, campers can test their own perseverance and, with caring and thoughtful help, build new life skills for themselves.”

And along the way they earn self-esteem.

Embedded in EQ, along with empathy, are the powerful constructs of both sympathy and, perhaps more important, compassion.

According to Bob Ditter, a licensed clinical social worker specializing in child, adolescent and family therapy, sympathy is defined as feeling sorry for people whereas empathy is defined as feeling with people. Ditter argues, “When caretakers, such as camp counselors, make the shift from empathy to compassion, they are not only more effective in helping their campers because they are not feeling stressed themselves, but they actually undergo all the neurological and physical benefits that one experiences in moments of joy and gratitude … to truly help our children, we must all be able to take a step back and ask ourselves, ‘What does my child need from me to flourish and thrive, not just in this moment, but in life overall?’ This indeed is the sacred partnership camps have with parents. Our task is to make good on this promise by helping our staff provide an environment that is driven by compassion” (Ditter, 2017).

But a critical question remains. Can an organization, in this case a summer camp, be both thick and thin? Brooks says, “A thick institution is not one that people use instrumentally, to get a degree or to earn a salary.” Yet, many of us in organized camping have seen individuals, be they counselors or campers, come and go in a decidedly transactional way … to get some “real life” experience with children, to fund a post-college trip or to learn to sail.

In the end, yes, camps are more thick than thin, but either way they remain essential organizations for moral growth.

What better way to leave a mark on people?

Brooks, D. (2017). How to leave a mark on people. The New York Times. April 18, 2017. https://www.nytimes.com/2017/04/18/opinion/how-to-leave-a-mark-on-people.html?rref=collection%2Fcolumn%2Fdavid-brooks&action=click&contentCollection=opinion&region=stream&module=stream_unit&version=latest&contentPlacement=3&pgtype=collection (30 May 2017).