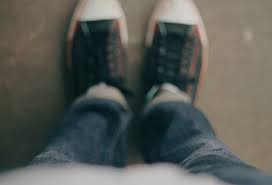 Last Saturday’s “March For Our Lives” rally in Washington, and in cities across the country and around the world, offered a stark counterpoint to the negative narrative that so routinely surrounds the youth of today. In fact, it more accurately calibrated the promise of rising generations to create positive change — in their schools, in their communities and beyond.

That very commitment to change was the subject of a recent column, “Is It Time, Again?(link is external)” It pointed to an analog between the fuse ignited by students from Marjory Stoneman Douglas High School to put an end to school shootings and one lit by young people at Wayland High School in Massachusetts in 1981 that changed our nation’s discourse about impaired driving through the founding of SADD (then Students Against Driving Drunk, now Students Against Destructive Decisions).

They, too, were responding to deaths of classmates, vowing “The solution lies with us.”

Unfortunately, in recent days the patriotism of at least one of the Parkland, Florida, youth leaders has been questioned and, apparently, maligned.

Sadly, such disparagement of Millennials and those who follow (Gen Z) is not uncommon. A case in point can be found in a 2015 article(link is external) published in The Huffington Post by Michael Mulligan, head of the Thacher School in California. Referring to the Millennials, he said, “Beneath their energy and commitment to building a better world, though, is stretched, for too many, a fragile membrane that is easily punctured. We have raised a generation that is plagued with insecurity, anxiety and despair” (Mulligan, 2015).

Mulligan went on to cite the work of William Deresiewicz, a former Yale professor and author of Excellent Sheep: The Miseducation of the American Elite and the Way to a Meaningful Life, as positing that he “claims that this generation of highly accomplished, college-bound students have been robbed of their independence because they have been raised in a petri dish for one purpose only: to attend an elite college that ensures their and their families’ economic and social status. Instead of being nurtured towards real curiosity and a genuine sense of citizenship, these millennials are conditioned to think that everything they do is for the purpose of looking good in the eyes of admissions officers and employers: you earn good grades not because they mean you are learning something, but rather because they will help you stand out from your peers when applying to the Ivies. You engage in community service not because you wish genuinely to make a positive difference in the lives of others but rather because that is how you burnish your resume — service as check-off box. You play sportsnot because they build character and teamwork and are a whole lot of fun, but because you want to try to get recruited for a college team. You study art or music not because you wish to refine your understanding of human nature, creativity and culture but because it will help you look smarter” (Mulligan, 2015).

Although all who work in education and mental health have the responsibility to recognize and report on meaningful shifts in the emotional state of young people (and their preparedness to succeed in college and the workforce), this seems like a particularly harsh indictment.

In a similar vein, and more recently, U.S. Senator Ben Sasse, in his book The Vanishing American Adult – Our Coming-of-Age Crisis and How to Rebuild a Culture of Self-Reliance, counseled, “These seemingly disparate stories about the lack of initiative and the coddling that breeds softness and entitlement, in kids from age ten to twenty-something, are not in any way about politics. And yet the problems identified are not problems merely for these particular kids and parents. This crisis of idleness and passive drift is profound for every citizen of this republic” (Sasse, 2017).

Idleness and passive drift is certainly different from what we saw on display in the streets and parks just days ago.

Of course, it is not just the students (and parents) who marched on Saturday, or the members in SADD chapters nationwide, who speak to the activism and motivation of rising generations.

Youth Service America(link is external) (YSA), which has the tagline “Youth Changing the World,” reports that half of the world’s population is under the age of 25. Accordingly, YSA has launched programs that advance important goals related to young people leading community change through the following.

While profiles of active, engaged and compassionate youth abound, those on stage and screen since the tragic Parkland shootings on February 14, have heeded Dr. Martin Luther King’s call to action(link is external) not only in “moments of comfort and convenience but … at times of challenge and controversy” (King, Jr., 1963).

And in doing so, those young people so accurately revealed the content of their character.