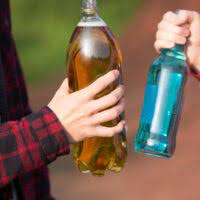 News last week that seven Bowling Green State University students pleaded not guilty to charges stemming from the alcohol-related hazing death of sophomore Stone Foltz at a Pi Kappa Alpha event will hopefully refocus America on the issue of underage drinking and begs the question, “Why is this still happening?” (Wilkinson, 2021).

There are biological antecedents (adolescent brains are not fully developed prior to the start of college) and family factors. Cheryl Stumpf, MS, NCC, LPC, an EMDR Certified Mental Health Counselor at a Pennsylvania university, says that the majority of students she sees in her practice are suffering from anxiety, often related to a lack of “distress tolerance,” having been coddled too much at home and not allowed to experience failure. Added to those in public health etiology (the COVID-19 pandemic, which has spawned some degree of social isolation). On that last point, Stumpf told me, “I have watched students who would have made sound decisions around risk make appallingly bad decisions this year that have put themselves and others at risk. As if that weren’t bad enough, they turned around and did it again without even thinking about what they learned from the last time. It’s as if the rebellious factor of testing the limits has been on steroids as we grow weary of being told what to do.”

Truth be told, there is another factor in play: America’s collective ambivalence about youth and alcohol.

Kids may tell us, “Everyone, really, everyone does it!” But in high school and college, as in life, things are not always what they appear to be. Indeed, some studies show a decline in alcohol consumption by youth.

Still, a few myths remain entrenched. “Kids will be kids and drinking is normative behavior” (although not healthy or safe). “If we let kids ‘learn’ to drink at home, they’ll be less likely to be drinking elsewhere.” On that argument, it’s actually the opposite. More than half (57 percent) of high school students who say their parents let them drink at home – even just once in a while (such as a special occasion) – report drinking with friends, as compared to just 14 percent whose parents don’t let them use alcohol at all.

According to a study in Lancet Public Health, which followed 1,900 Australian adolescents for six years, parents are not protecting their children from the dangers of alcohol just by exposing them to alcohol at home.

And then there’s the false equivalence: We should do it as Europe does. Much of Europe has worse teen drinking problems than does the United States (Lopez, 2016).

At the center of the great debate that characterizes America’s ambivalence toward youth and alcohol lies a profound lack of awareness of the costs of underage drinking and the physical, social, and emotional toll it can take on those who engage in this illegal and thus inherently irresponsible behavior.” What are they? According to the Centers for Disease Control and Prevention, they include the following (CDC, 2020).

The Institute for Behavior and Health (IBH) offers one approach, stating, “Youth Drug Use is Not Inevitable.” IBH has conducted original analyses of national data sets on youth substance use behaviors with two critical findings (IBH, 2021).

More than ever, American youth are choosing to not use any alcohol, cigarettes, marijuana, or other drugs. This number has increased for over three decades.

IBH has developed a clear youth prevention message in One Choice: Do not use any alcohol, nicotine, marijuana, or other drugs under the age of 21 for reasons of health. Focused on adolescent health and rooted in the unique vulnerability of the developing brain, the One Choice message supports all other prevention messages and can be integrated into another prevention programming (One Choice, 2021).

Various studies show that any amount of alcohol causes damage to the brain.

In response to the death of Stone Foltz, a local official said of underage drinking, “If you’re not a part of the solution, you may be viewed as part of the problem.”